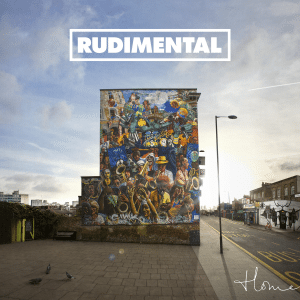 At One Salon we are all about new music. Since we’ve played the Jessie Ware and Disclosure records to death, we needed something new to help us get our swerve on while we rock those awesome doo’s on our clients. Thankfully, we stumbled upon Rudimental. Their debut effort, Home, may not be as flawless and crtically acclaimed as Disclosure or Jessie Ware, but it still has its moments. There are many tracks that keep the salon bumping along, like “Spoons” or our current favorite jam “Baby”. Their is some amazing music coming out of England right now, and Rudimental is right in the middle of it. Check out their Pitchfork review as well as our favorite tracks below.

We’re in the middle of a golden year for British pop music, one that has found young artists digesting the future-forward sounds of their formative years and distilling them into ruthless, radio-ready pop forms. Some of these debut efforts, like Disclosure‘s masterful Settle and AlunaGeorge‘s R&B-leaning Body Music, have already hit North American shores; others, like singles from smoky, soulful crooner John Newman and garage producer Naughty Boy, have yet to make a transatlantic connection. The latest salvo from across the pond comes courtesy of London quartet Rudimental, whose debut record Home earned a #1 British debut in April on the heels of two chart-topping hits, “Feel the Love” and “Waiting All Night”.

Rudimental’s members– Piers Aggett, Kesi Dryden, Amir Amor, and DJ Locksmith– pride themselves on lending an earned musicality and eclecticism to dance music. The group’s name draws from Dryden’s childhood piano lessons: he was routinely disciplined for forgetting his rudiments, a book containing elementary principles of rhythm and musical theory. Their experiential approach to songwriting is evident throughout Home‘s dozen tracks, many of which are stuffed to the brim with disparate parts and unfold in unexpected ways.

More than a few songs on Home feature frenetic drum ‘n bass loops, and the success of those songs varies. “Feel the Love” launches warped synth lines and horn riffs alongside a gritty guest performance from Newman before abruptly switching gears in its final third; “Waiting All Night” rides a star-making spot from young vocalist Ella Eyre to similar heights. But the tracks that follow a similar template feature soaring but ultimately bland vocals overwhelmed by their rhythmic counterparts.

Home‘s finest moments occur when Rudimental stray from the sound that led them to chart success. The album’s two best songs were co-written and sung by British up-and-comer MNEK, who possesses a rich, nuanced voice at the age of 18. “Spoons” glides on a gently pulsing synth and a clicking percussive line tapped out on the titular instrument; the skittering, mid-tempo “Baby” features interplay between MNEK and a sparkling, sassy Sinead Harnett. The relatively straightforward house of these songs stand with the best of this year’s strong batch of British pop singles.

Home‘s American release is poorly timed. In recent months, their contemporaries have released well-crafted, self-assured debuts. Rudimental are casting a wider musical net than their peers, which has the unintended effect of magnifying their flaws by comparison, making for a decent but ultimately second-tier effort in a crowded year for big-ticket dance-pop.