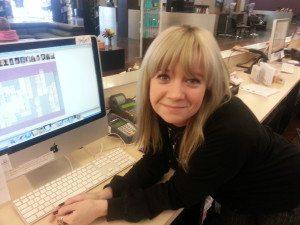 She never wears a watch because time is always on her side. She is the life of parties that she has never attended. Mosquitos refuse to bite her purely out of respect. Her business card simply says “I’ll call you.” She once had an awkward moment, just to see how it feels. Sharks have a week dedicated to her. When in Rome, they do as SHE does. Superman has pajamas with her logo. She lives vicariously through herself. Time waits on no one, but her. Her recipe for deviled eggs involves actual witchcraft. She once got pulled over for speeding, and the cop wrote himself a ticket. Roses stop to smell her. When she goes to Spain, she chases the bulls. When it is raining, it’s because she is thinking of something sad. The dark is afraid of her. Once a rattlesnake bit her, after 5 days of excruciating pain, the snake finally died. She taught Chuck Norris martial arts. The circus ran away to join her. She once made a weeping willow laugh. When a tree falls in a forest and no one is there, she hears it. If opportunity knocks, and she’s not at home, opportunity waits. Whatever side of the tracks she’s currently on is the RIGHT side. Your answering machine thanks her when she leaves a message. You may know her as the voice on the other end of the phone or the girl with the funky colored hair at the front desk. We know 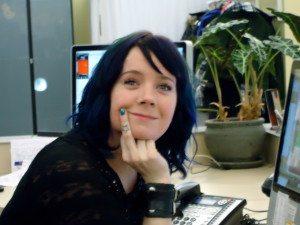 her as Jes Lovell….the most interesting Guest Care person in the world!

salon. Without her, One Salon would just not be the same. Simply put, she is awesome and we love her.

POSITION: “One Salon Front Desk Coordinator, overall cool chick who answers the phones, takes care of the clients and is just generally awesome at life. Oh, and according to the above, I taught Chuck Norris martial arts. So doesn’t that make me a Kung Fu Master? Shouldn’t I get a raise or something for that? I mean c’mon, how many salons have a Kung Fu Master working the front desk.” 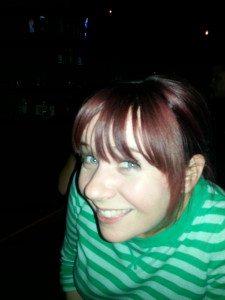 LIVES IN: “Brighton with my boyfriend, Leo The Great and my kitty, Tink. Grew up as a street performer in New Hudson.”

FAMILY: “I have a mommy and daddy…Paul and Marcia…who are not divorced. That’s kinda a big deal in this day and age…says a lot about a person. And I have a brother… Jason and a new sister in-law…Chantel.”

FAVE FOOD: “Carbs, butter, salt. Aren’t those the major food groups? I’m not a big fan of sugar though.”

CELEBRITY CRUSH: “Well, that changes all the time…lets see.  Adrian Brody, he’s my go to guy…I think it’s the nose. And Maggie Gyllenhaal…if I had to bat for the other team of course.“ 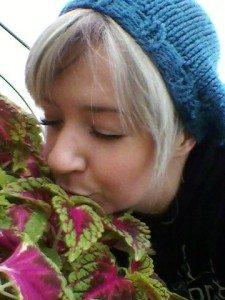 MUSIC: “Everything except Country, Kenny G, and anything with the word Pop in it. Oh, and I have much love for Jazz on vinyl.”

HOBBIES/PASTTIME: “I have a green thumb! I love plants! I also work at a greenhouse named Rosy Dawn Gardens. Which you can check out at www.rosydawngardens.com. Sorry, had to throw in a plug for my peeps. I’m also pretty crafty. I love turning trash into treasures. And I also like to do damage to my liver on the weekends.”

IF I DID NOT WORK AT ONE SALON, I WOULD: “Oh geez…so many possibilities.  Hmmm…other than growing plants and having my own greenhouse…I would probably opt for secret agent.”